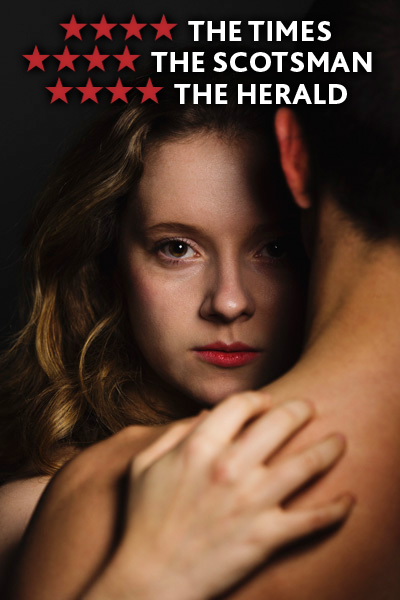 In the oppressive heat of summer, Julie is drawn into a dangerous game with her father’s butler, John. As the night wears on, the couple from opposite ends of the social spectrum, flirt and fight towards an explosive conclusion.A thrilling upstairs-downstairs liaison, played out against a background of industrial and social unrest, August Strindberg’s masterpiece is relocated to 1920s Scotland in this powerful new version of the classic European play. Louise Brealey, star of the BBC's Sherlock takes the title role of Miss Julie.Zinnie Harris has written extensively for theatre and television including the acclaimed The Wheel, Further than the Furthest Thing, Midwinter, Fall and the BBC’s Spooks.

“brilliantly tense and fast-moving”
The Scotsman ★★★★

“a tightly wrought drama of transgression, bitter antagonism and cataclysmic seduction”
The Telegraph ★★★★

“Claustrophobic, compelling and a class act throughout”
The Public Reviews ★★★★

“Brealey is simply wonderful, a captivating study of frayed nobility and overbearing sexuality”
The Independent

Read behind-the-scenes blog entries from actor-intern Jessica Hardwick (playing Christine) and writer Zinnie Harris, as well as a round up of the press and twitter following for Miss Julie. Read it here.

“The received wisdom is she’s unlikeable. She’s mercurial, imperious and coquettish but I think she is more innocent”
Louise Brealey talks to the the Evening Times about playing Miss Julie

Adapting Miss Julie - The odd dance of Strindberg and Harris

Writer Zinnie Harris has written a blog about her adaptation of the play. Read it here.

Next entry: Miss Julie: An Afternoon with Strindberg