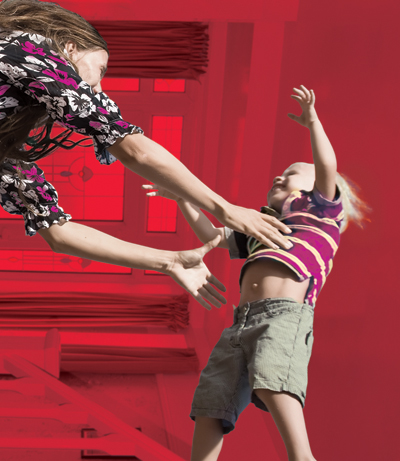 If there’s a God, which at the moment I DOUBT, I want you to curse him. If there’s any justice, I want them – both of them - in a car crash.Her husband’s gone and her future isn’t bright. Imprisoned in her marital home, Medea can’t work, can’t sleep, and increasingly can’t cope. While her child plays, she plots her revenge.Receiving its world premiere at the Citizens, the production is written and directed by one of the UK’s most exciting and in demand young writers Mike Bartlett, who has received critical acclaim for his plays including Earthquakes in London, Cock (Olivier Award), a new stage version of Chariots of Fire and Love Love Love.A co-production from Citizens Theatre, Headlong and Watford Palace Theatre in association with Warwick Arts Centre.The Citizens is delighted to be working with Headlong again, following the hit collaboration Angels in America. Headlong also recently brought A Midsummer Night's Dream and Edward Gant's Amazing Feats of Loneliness to the theatre.

Thu 11 October in the main auditoriumSee Resources for a "Learn More" pack.

THE SEASON PASS
Save up to 25% when you buy for Medea, Glasgow Girls and Takin’ Over the Asylum together. Phone Box Office to book.

See pricing for more info on concessions, 50p Tickets and The Season Pass.

“In Rachael Stirling, Bartlett…has found a Medea who can both convince as a contemporary woman scorned and reach the dramatic heights the plot demands.”
The Independent ★★★★★

“Tom Mills’ soundscape adds a filmic layer to the already considerable drama. The speech-free sequence in which Meddea prepares fish fingers and frozen peas for the traumatised Tom to David Bowie’s “Aladdin Sane”…made me feel sick. In a good way.”
The Independent ★★★★★

“this brave and brilliant new version of the play…seems to be walking a high-wire between breathtaking genius and complete absurdity, the sense of danger only makes the spectacle more exciting, and Rachael Stirling’s central performance as Medea more thrilling to watch.”
The Scotsman ★★★★★

“Twenty years ago, Diana Rigg gave an award-winning performance as Medea. I saw that production…and I can say with some conviction that her daughter, Rachael Stirling, gives a performance every bit as thrilling in the same role in this new production.”
The Times ★★★★

“Bartlett’s chicken and egg question is whether it is the fear or the rage that drives Medea. It easily justifies its updating as Stirling paces and glowers, caught between both emotions.”
The Stage

“Bartlett doesn’t just transfer Euripides to the modern world – he exposes him to the full weight of post-Freudian psychology.”
The Guardian ★★★

“Stirling’s remarkable portrayal of the anti-heroine is simultaneously, disconcertingly erratic and frighteningly implacable.”
The Telegraph ★★★

See Audience Feedback from Twitter and more on Storify.

50p TICKETS 100 50p tickets for Medea will go on sale (in person at the box office) at 10am on Sat 22 September.THE SEASON PASS Save up to 25% when you buy for Medea, Glasgow Girls and Takin' Over the Asylum together. Phone Box Office to book.See pricing for more info on concessions, 50p Tickets and The Season Pass.

Next entry: Sharing Practice Across Artforms