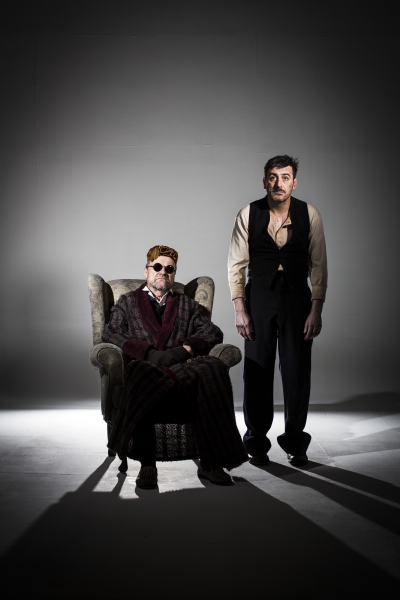 Languishing between life and death, the tyrant Hamm (played by David Neilson) and his dutiful but resentful companion Clov (Chris Gascoyne) are irrevocably bound to one another.They pass their days in a filthy, bare room, caught in a loop of futile routines. Their endless and brutal verbal jousting match is punctured only by the nostalgic reminiscing of Hamm’s parents, reduced to living in rubbish bins.Absurd and macabre, Endgame makes a grim joke of life, and finds laughter in the darkness. Dominic Hill, Artistic Director of the Citizens Theatre, brings his talent for gripping and absorbing contemporary interpretations of classic texts to Beckett’s masterpiece.

“Hill, the Citz’s artistic director, has chalked up a clear win for them here”
What’s on Stage ★★★★★

“fresh spin on Beckett is earthy, and unearthly”
The List★★★★

“It doesn’t spoonfeed you. It doesn’t tell you what to think. That’s your job.”
Endgame stars tell Sunday Mail what audiences can expect from the play

“I need to be with people I want to work with…and the Citizens ticks the boxes”. David Neilson talks about taking time away from Coronation Street to perform in Endgame Evening Times

“We mustn’t complicate it into an intellectual exercise, because it so ain’t.”
Chris Gascoyne talks to The Herald

“The Citz have a great reputation and always have had. Everything fell into place with a good director, good company and a great play.” David Neilson talks about how the timing was perfect for Endgame at the Citizens Theatre. The Daily Record

“Beckett is for everybody. He isn’t middle-class, highbrow theatre. He’s just not.” David Neilson and Chris Gascoyne discuss the universal and enduring appeal of Endgame. The Guardian

“I first came across Beckett at drama school and I felt I had some emotional connection with him,” Chris Gascoyne talks about his relationship with Beckett and his conscientious approach to acting Evening Times

If you are deaf or hard of hearing, we want to make sure you can enjoy the best night out at the Citizens Theatre. Find out more about the Deaf Theatre Club.

Photos from the Endgame rehearsal room 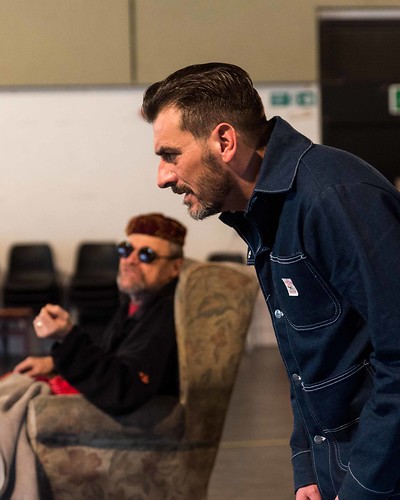