h Far Away (and Seagulls) | What's On | Citizens Theatre

Far Away (and Seagulls) 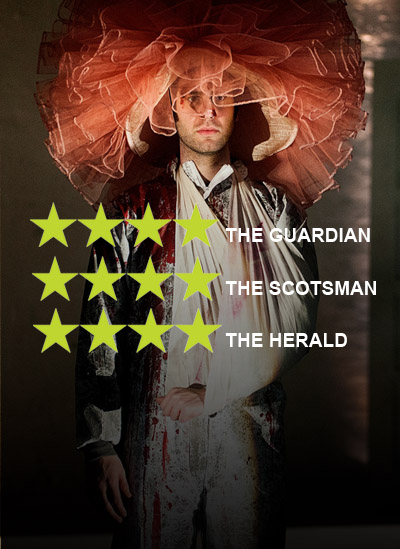 Scottish PremiereWhen a young girl wakes in the night at her aunt and uncle’s house, she hears and sees things no child could forget.Driven by fear and teetering on the brink of self-destruction, society has lost all moral bearings and nature has turned on itself. The wasps have been killing horses, the cats have come in on the side of the French and it’s hard to know whom to trust.As Joan she grapples with a brutal and engulfing paranoia, a love affair plays out against the odds.Frequently referred to as ‘the greatest living English playwright’, Caryl Churchill is the author of over 30 plays including Top Girls, Serious Money and Cloud Nine.

Far Away will be performed in a double bill with the rarely staged SEAGULLS, a short play about a woman who has the unusual gift of being able to move objects by power of thought.

Thu 30 May
With director Dominic Hill

“anyone who sees this show will be unable to forget it; for the boldness of its vision, for the breathtaking poetic vividness of its final monologue, and for the sheer force with which it confirms Churchill’s status as one of Britain’s greatest living stage writers, with a vision, courage and prescience second to none.”
The Scotsman ★★★★

“They’re both small plays with big themes. There’s a moment in Far Away in particular that’s very big”
Dominic Hill spoke to The Herald about his thoughts on Caryl Churchill’s plays

£12-19 (concs available) Previews £8 | Tuesdays £1250p TICKETS 100 50p tickets for Far Away (and Seagulls) will go on sale (in person at the box office) at 10am on Sat 18 May 2013.THE SEASON PASS Choose any 3 shows and save £3 off each ticket. Buy all 5 shows and save up to £15 per person. Offer applies to: The Maids, Takin' Over the Asylum, Doctor Faustus, The Seagull and Far Away (and Seagulls). Phone Box Office to book.See pricing for more info on concessions, 50p Tickets and The Season Pass.

Thu 30 May With director Dominic Hill

Next entry: The Drowsy Chaperone