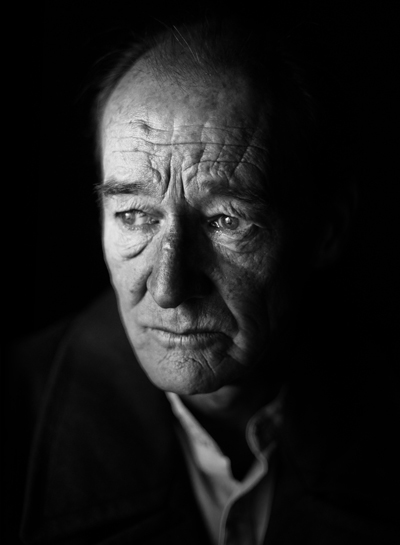 “I am a man, More sinn’d against than sinning”The ageing King decides to step down from the throne and divide his estate between his three daughters.Deceived by false promises and rejecting his one faithful daughter, Lear’s former kingdom spirals into chaos as he is driven to madness by the cruel treatment of his own family.

DIRECTOR'S NOTES With Artistic Director Dominic Hill Thu 10 May, 5.30pm Ever wondered how a play is put on stage? Fascinating insights into casting, rehearsal, design, lighting and costume.THE MECHANICS OF THE STAGE Wed 2 May, 5.30pm An informal look at how lighting and sound are used in King Lear and why they are integral parts of every production.More info

“The coming together of a great Shakespeare character and an equally great actor is a rare and memorable event. From Laurence Olivier’s Henry V to Mark Rylance’s Hamlet, such performances are the theatre equivalent of a lunar eclipse. One can now add to that Illustrious list, David Hayman’s King Lear”.
Daily Telegraph ★★★★★

“A truly defining portrait of the hapless monarch.”
Daily Telegraph ★★★★★

“It is a superb presentation across the board.”
Daily Telegraph ★★★★★

“A sense of occasion hardly begins to describe the tingling mood of anticipation at the Citizens Theatre.”
The Scotsman ★★★★

“What’s striking about Dominic Hill’s fine production, though, is the extent to which it allows Hayman to become not a leading actor carrying the play alone, but the central figure in a rich rough-edged and occasionally thrilling ensemble of younger actors.”
The Scotsman ★★★★

“Some stunning performances, notably from an electrifying Kieran Hill as Gloucester’s bastard son Edmund, and a spine-shiveringly eloquent Paul Higgins as the loyal nobleman Kent. In the end of course, the play belongs to Lear, and Hayman makes a fine visually eloquent job.”
The Scotsman ★★★★

“There’s a glorious circularity to David Hayman’s return to the Citz after a 20-year absence in Dominic Hill’s mighty production of Lear.”
The Herald ★★★★

“If watching Hayman in tatty long-johns go demented before a crowd of white-coated doctors is like gazing on the ghost of Citizens past, the final display of people power looks bravely towards the future.”
The Herald ★★★★

“...every other aspect of this superb staging, from excellent cast to Paddy Cunneen’s disconcerting music and sound, contributes splendidly to a coherent, transfixing and deeply memorable rendering of a great tragedy.”
Sunday Herald

“Dominic Hill’s startling reinvention of one of the Bard’s greatest tragedies has blown a tempest through Shakespeare’s text, extracting every subtext in every word, every emotion in every line and resurrecting ancient issues for a modern audience.”
WhatsOnStage.com ★★★★★

“His delivery of the tempest scene is shattering, interpreting the frustration and fury of his failing character with power and potency.”
WhatsOnStage.com ★★★★★

SPOILER ALERT: some (not all) key scenes are pictured below.

David started his career at the Citizens with many seminal performances including Hamlet in 1975 and Lady Macbeth in 1979. Well-known as DCS Walker from ITV’s Trial And Retribution, he has been a familiar face on screen for over 30 years including film appearances supporting Pierce Brosnan in The Tailor of Panama, Bruce Willis in The Jackal and Kevin Spacey in Ordinary Decent Criminal. He famously played the part of former Glasgow gangster and Barlinnie convict Jimmy Boyle in the film, A Sense of Freedom. In 1992 he was awarded the City of Glasgow Gold Medal for outstanding services to the performing arts.

Previous entry: The Monster in the Hall - Spring 2012