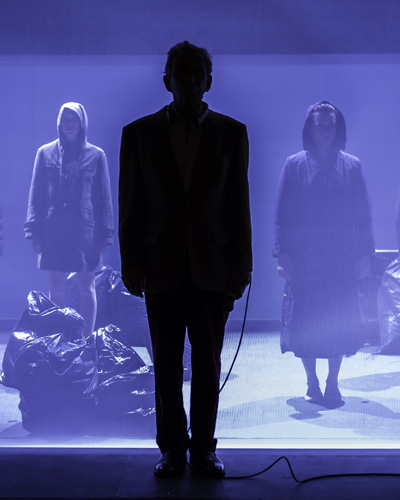 A haunting investigation based on real events in County Kildare into why we tell stories in the face of tragedy. Lippy was widely acknowledged as the most extraordinary piece of theatre to emerge from Ireland in 2013.Lippy premiered at Dublin Fringe Festival 2013 where it was awarded the Irish Times Theatre Award for Best Production. Lippy went on to play the Traverse Theatre during the Edinburgh Festival Fringe in 2014 where it picked up Herald Angel, Fringe First and a Total Theatre awards.Part of The Arches’ Behaviour Festival 2015. BEHAVIOUR is The Arches’ annual festival of essential live performance, characterised by diverse, inventive local and international talent.#BHVR2015

“contemporary theatre making at its most probing, most polemic.”
The Public Reviews ★★★★★

Previous entry: The Absence of War